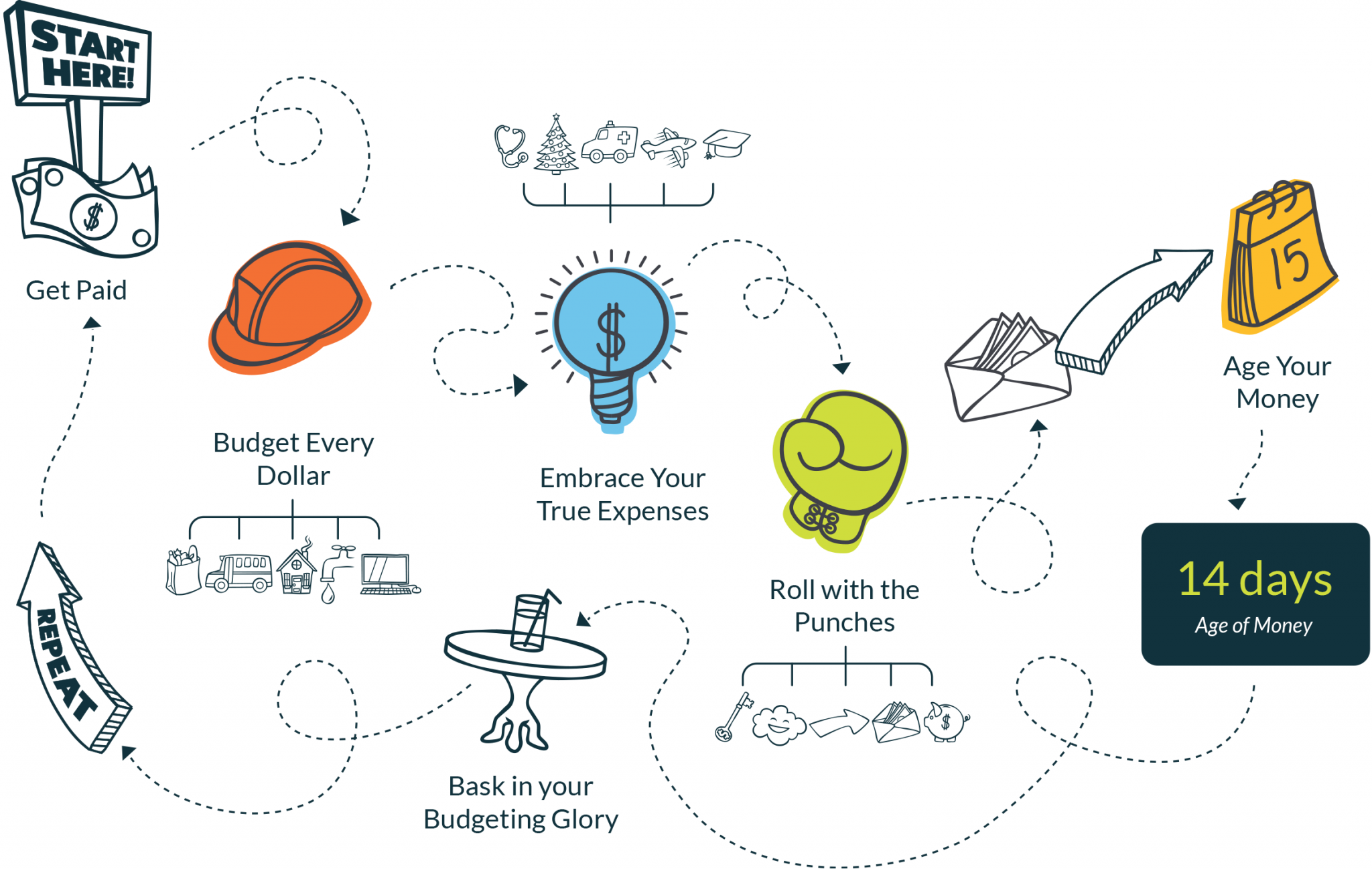 You Need A Budget – A Tool For Budgeting

How do you create and stick to a budget? I was not raised to a wealthy family. My mom grew up in a community where it’s common to hear housewives gossip loudly, or men drinking till passed out. You could even see traces of illegal you-know-what-I-mean. I was born in that community, and probably lived a few years there (though I only have few memories) before my grandmother finally bought a home away from it.

I was always a saver. During nursery, I saved up all my 5-peso coins, and hid it in my trolley bag. I always asked for piggy-banks made out of wood. Having a lot of money felt good.

I probably started keeping track of my expenses when I was in grade school. I kept track of even the smallest expense like a lollipop – (as if I had a lot of expenses back then), and I had a little pocket notebook to write it on. My mother was already a nurse working abroad, we finally had more than enough. I was given an allowance of at least P500 per week. But because my dad was such a headache, I kept running out of money for some reasons.

So, I think the habit stuck until today. I started out using notebooks, then spread sheets, then I started finding mobile apps, or software that would make my tracking easier.

YNAB is a personal budgeting app that claims to allow you to “Gain Total Control of Your Money”. Its number one rule is to “Give Every Dollar A Job”. They got an awesome site filled with a lot of resources, reading materials and videos to help you get started. And the one thing I probably liked the most about YNAB was its interface. If you sign up using this link, you get to have a free month to use it. It’s currently priced at around P300 per month, or P3000 per year – but it will allow you to save more. P300 per month is only P10 per day. And if you can buy a soda for P15 pesos, I’m pretty sure it won’t hurt to set aside a mere P10 to help you budget better.

If you are curious if it really works, then you need to read further. But if you’re saying that nah my free app or notebook is more than enough, then I believe you still don’t need YNAB. You probably will when you start paying bills, or you get a credit card, or you start a family. But you can at least read how it’s helping me: a single young woman in her 20s with no dependents.

Notebooks were my best buddies. But when you’ve already forgot to track one expense, and you already got a lot expense to input, it’s either you don’t input them at all because you forget, or you get lazy writing it out.

Spreadsheets were good until i realized it only did one thing – tracking. I couldn’t see an overview of my current assets. How I’m currently doing. And it took a lot of time organizing it. I was probably using it for almost a year when I decided it wasn’t enough, and went on to find good software for budgeting.

Some budgeting apps were good. And there are a lot in play store. I probably tried most of them.

Months into using YNAB I found that there were a lot of strategies I could implement while using it. When I looked into the budget created by my partner, I realized that everyone could interpret the features differently, and I thought he was using it wrong (or probably right). So here’s how my experience with YNAB went.

Every salary or expense that comes, I put it in YNAB at the end of the day (sometimes, midday). When i want to see  my progress in saving  up for my Buffer fund, i need only login, and look my dashboard. Or if i’m in bed, and i want to input my expenses, i could reach for my phone, and use their mobile app (YNAB’s mobile app is awesome!)

My name is Roselle and I’m still working on my success story. You heard that right. I’m young, I work at home on my PJs and I’m still going to make many more mistakes in life. Just like you, just like we all do. But the other thing you should know about me is that I love helping people and this blog is one of the many outlets I have in connecting with you. I talk a lot about finance, business, and personal development. Visit my About page, if you want to know more about my story!

Why you need to lose before you win in investing

7 best tips on how to save money

Why you need to lose before you win in investing

This site uses Akismet to reduce spam. Learn how your comment data is processed.